This trial has ended. Please contact jeremy.whitt@pepperdine.edu with any feedback.

“Socialism on Film documents the communist world from the Russian Revolution until the 1980s. Film footage covers all aspects of socialist life from society, war, culture, the Cold War, memory of the past and contemporaneous views on current affairs

Geographically the films deal largely with the Soviet Union, along with significant groupings of material on Vietnam, China, Korea, the German Democratic Republic and Eastern Europe, Britain, Spain, Latin America and Cuba.” 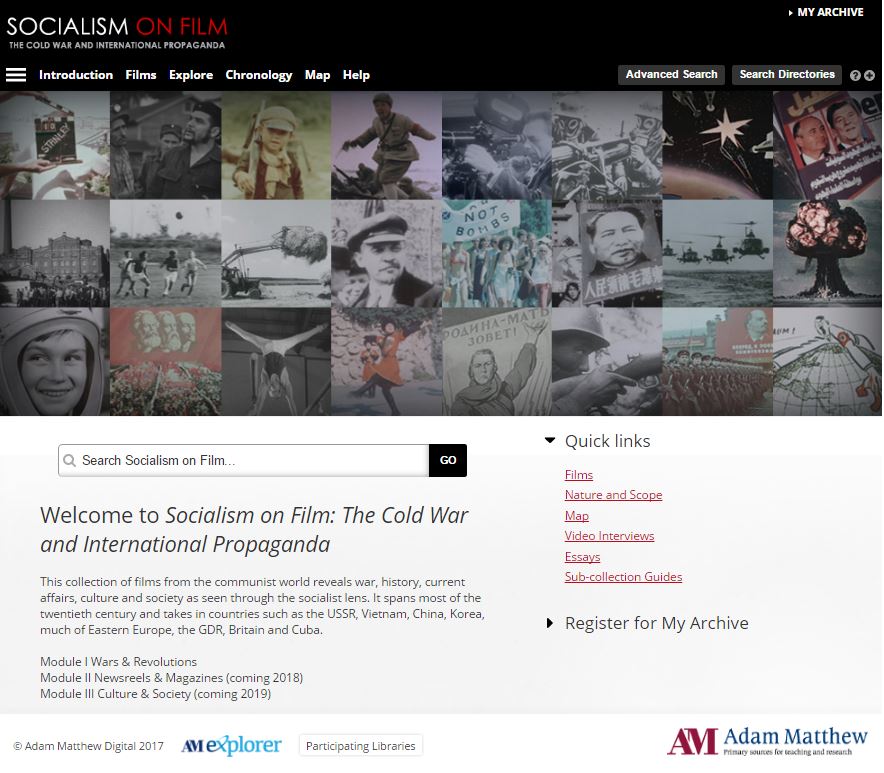 “Sourced from the British Film Institute (BFI), this collection of documentary, newsreel and feature films reveals the world as seen by Soviet, Chinese, Vietnamese, East European, and Latin American filmmakers. Ranging from the early 20th century to the 1980s, material encapsulates the themes of war, revolution, news, current affairs, culture and society.

The majority of the footage is previously unseen and provides an essential repository of research material for the study of key political and social events of the 20th century. A crucial resource for anyone studying twentieth-century history, propaganda, communism, the Cold War era and its conflicts, the Soviet Union, film and documentary, military history, media studies, cultural and social history.

The films are fully transcribed and available to stream through a specially-developed video player. Users can focus their research through advanced search functionality, and by filtering all footage by country of production, genre or subject area.”